Set back on two manicured acres in the heart of Cooperstown Village, the elegance of this beautiful boutique hotel beckons discerning guests: for sale

Set back on two manicured acres in the heart of Cooperstown Village, the elegance of this beautiful boutique hotel beckons discerning guests

Cooperstown is a village in and county seat of Otsego County, New York, United States. Most of the village lies within the town of Otsego, but some of the eastern parts is in the town of Middlefield. It is located at the southern end of the historic Otsego Lake and is in the Central New York Region of New York.

Cooperstown is best known as the home of the National Baseball Hall of Fame and Museum.  The Farmers' Museum, opened in 1944 on farmland that had once belonged to James Fenimore Cooper, the Fenimore Art Museum, Glimmerglass Opera, and the New York State Historical Association are also based here. Most of the historic pre-1900 core of the village is included in the Cooperstown Historic District, which was listed on the National Register of Historic Places in 1980; its boundaries were increased in 1997 and more contributing properties were identified.

The village was developed within part of the Cooper Patent, which William Cooper – who later became a county judge – purchased in 1785 from Colonel George Croghan, former Deputy to Sir William Johnson, British Superintendent of Indian Affairs of the Northern District. The land amounted to 10,000 acres (40 km2). William Cooper founded a village on Otsego Lake. His son James Fenimore Cooper grew up in the frontier town. He later became a noted American author with The Leatherstocking Tales, a series of historical novels that includes The Last of the Mohicans.

Cooper established the village of Cooperstown in 1786, laid out by surveyor William Ellison. At the time, the area was part of Montgomery County. It was incorporated as the "Village of Otsego" on April 3, 1807. The name was changed to "Village of Cooperstown" on June 12, 1812, after the founder. William Cooper was appointed as a county judge in the late 18th century and was elected to the state assembly from Otsego County.

The source of the Susquehanna River is in Cooperstown at the outlet of Otsego Lake. Blackbird Bay of Otsego Lake is north of the village.

Cooperstown has a humid continental climate, with cold, very snowy winters, warm summers, and abundant precipitation year-round. Freezing temperatures have been observed in every month of the year, except for July. The record low temperature is −34 °F (−37 °C), set on February 9, 1934, and the record high temperature is 99 °F (37 °C), set on July 9 and 10, 1936.

Other writers include the prolific poet W. W. Lord, who captured Cooperstown in many of his poems, as well as modern author Lauren Groff, who has written extensively about her hometown, notably in The Monsters of Templeton, a story that brings several Cooperstown legends to life.

The work of Cooperstown-based novelist and poet Marly Youmans has referred to the area, notably, in her epic poem Thaliad (2012), in which a group of child survivors of an apocalypse travel north and make their new home in an abandoned village on the shore of Glimmerglass Lake. 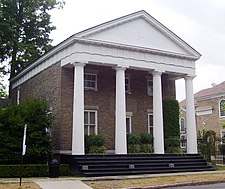 The Clark Estates building, originally the Otsego County Bank, was built in 1831 in the Greek Revival style.

The Clark family, whose fortune originated with a half-ownership of the patent for Signer Sewing Machine, has lived in Cooperstown since the mid-19th century. The family's holdings include interests assembled over a century and a half, which are now held through trusts and foundations. Their dominance is reflected in Clark ownership of more than 10,000 acres (40 km2) of largely undeveloped land in and around greater Cooperstown.

In the village, the Otesaga, the Cooper Inn, Clark Estates, and the Clara Welch Thanksgiving Home are all Clark properties. In addition, the Clarks were founding partners of, and retain an interest in, the Baseball Hall of Fame and the Mary Imogene Bassett Hospital.

Cooperstown still receives support from the Clark Foundation, which has donated to a variety of causes including various scholarships, non-profit organizations, and village services. The family has also donated land for the Cooperstown Central School District's new high school location − formerly horse stables − as well as for parks such as Fairy Springs and Council Rock, and recently, for a new Little League baseball field.

Jane Forbes Clark II, the primary family heir today, has continued this commitment. She has purchased strategic land to ensure the preservation of village entry points, as well as overseeing the expansion of the various Clark holdings.

In late November 2013, Clark discussed her family's continued support for the community during a meeting of The Women’s Club of Cooperstown. The Clark Foundation supports a variety of Cooperstown and Otsego County organizations and causes with donations of $7.5 million to charitable organizations every year. The family's Scriven Foundation, formed in 1975, donates to only Otsego County nonprofit organizations, such as the Cooperstown Village Library. The Scriven Foundation donates $1.5 million every year. According to Clark's presentation, the family's businesses employ 4,198 people, with 3,100 of those positions being full-time jobs.

Cosy, Warm and Comfortable Rooms
Each of the 11 bedrooms in our Cooperstown inn provides a retreat worthy of the end of your day. They feature luxurious beds, designer linens, flat-screen TV’s, complimentary Wi-Fi, hardwood floors and private en suite bathrooms.

Yet each bedroom also vaunts its own personality.

Sacrifice nothing in the petite yet beautifully appointed Provence room at our Inn in Cooperstown. A private outside entry, luxurious carpeting, soothing colors and a hint of French Country decor compliment the beautiful queen bed, beautifully tiled walk-in shower, and sliding doors that gather the breeze and lead you to a semi-private sitting porch with designated Adirondack chairs overlooking two acres of private lawn. 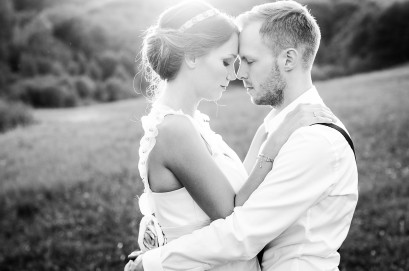 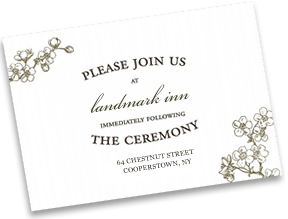 Looking to elope in Upstate New York? Well, what better place than Cooperstown? Hundreds of people come to Cooperstown to be married each year.

Our Inn sits on two of the most romantic acres in the village of Cooperstown, perfect for intimate Upstate New York weddings. With a whole house rental, our beautiful kitchen and grounds are yours to use as you see fit. Why not hire a local chef to come on site and prepare your rehearsal or wedding dinner?

Why not honeymoon in our most romantic room, The Campanella Suite? A beautiful private porch, Dream Shower for two, and fireplace included! View all of our stunning Cooperstown inn rooms.

Whether it’s baseball that brings you to Cooperstown, or opera, or romance, or the museums, or just the desire to slow it down for a while, one of our distinctive bedrooms is sure to please. Overstuffed chairs and sitting areas are located throughout our Cooperstown bed and breakfast for your relaxation.

A Perfectly Home-Made Start to Each Day - Breakfast at our Inn!

After enjoying top rated Cooperstown, NY lodging, guests each morning will be greeted by their hosts and seated at a private table in our chandeliered dining room. Your table will be dressed in white and topped with china and fine stemware. It will overlook one of the Cooperstown bed and breakfast's original fireplaces or the garden, seen through historic leaded glass windows.

Elegant? Yes. But stuffy?  Never. You will find the room filled with laughter, and stories being told.

Where Breakfast is Always Memorable!

Join Chef Vita each morning in our stunning dining room for a memorable, gourmet, farm-to-table breakfast served at your private/reserved table on lovely china. Be sure to enjoy our custom blend locally roasted coffee or selection of fine teas in our luxury Bed and Breakfast in Cooperstown.

We are blessed to be in Upstate New York, an area of great beauty and agricultural abundance; and our gourmet breakfasts – prepared by Chef daily, on-premises – celebrate that blessing by including the freshest of ingredients purveyed locally. We work closely with neighbor farms to offer you strawberries delivered the day of picking. Peaches and apples and raspberries all served straight from the field to your table. Our delicious lofty artisan breads are baked here in Otsego County, and our signature Landmark Blend Coffee is roasted right in Cooperstown, weekly. Exceptional Cooperstown, NY lodging awaits! Find your perfect room in our Cooperstown inn and book a getaway to remember.

Take advantage of our limited-time VIP Cooperstown, New York vacation packages. Make sure to sign up for our email list to the right to be the first to know about our upcoming special offers! Enjoy Cooperstown lodging at its best in our beautiful inn. 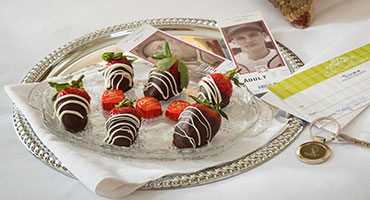 The beautiful Landmark Inn sits within an easy ten-minute walk to the Cooperstown National Baseball Hall of Fame and Museum. Was Cooperstown the birthplace of baseball? Well… yes… it… was. Didn’t Abner Doubleday live here? Didn’t a local farmer unearth the original baseball with his plow? And didn’t the Mills Commission determine in 1907 – after a lunchtime of exhaustive and unbiased study – that Cooperstown was indeed THE birthplace of baseball? You’re darn right they did! Oh, sure, we hear the naysayers, but let’s be honest… wouldn’t you rather be celebrating baseball in beautiful Cooperstown than … ahem…Hoboken? Yes, you absolutely would. See, like we keep saying… it’s all about the stories! We welcome you to our Cooperstown bed and breakfast.
NEW